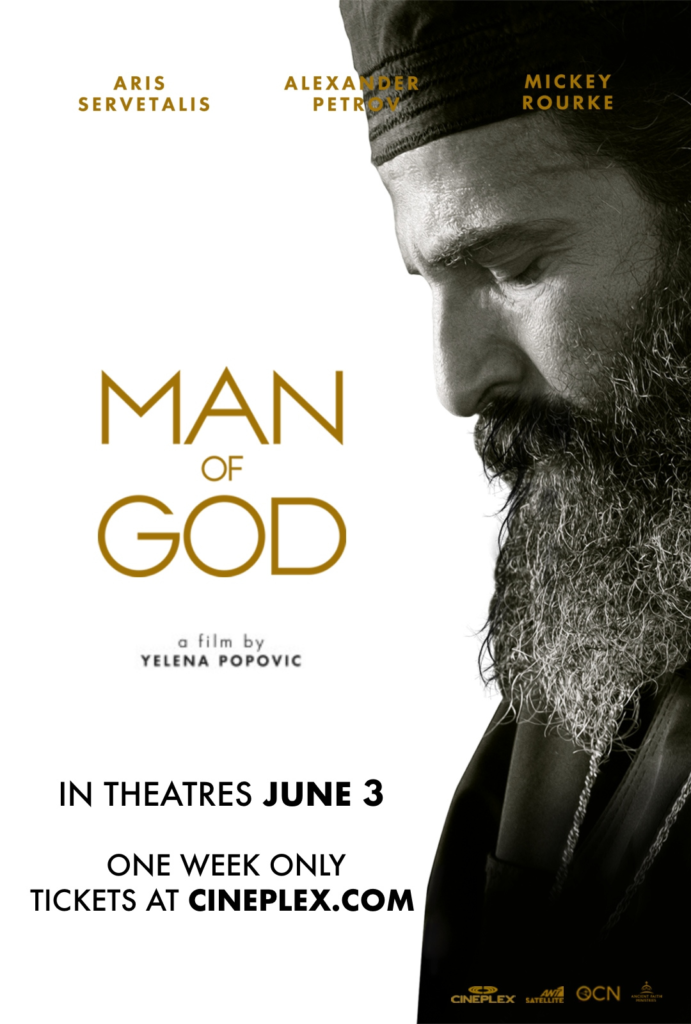 Canada: It’s Time to Get to Know This Inspirational ‘Man of God’

New film on venerated Greek Orthodox St. Nektarios arrives in Cineplex theatres in Canada for one week only

TORONTO, March 25, 2022 – “Man of God,” the inspirational and award-winning story of Saint Nektarios — one of the most renowned Greek orthodox saints — will be released exclusively in 20-plus Cineplex theatres throughout Canada for one week only, beginning June 3, 2022.

A priest of the common people, St. Nektarios’s popularity provoked jealousy among the clergy in Alexandria and, as a result, he was defrocked and expelled from Egypt. In contrast to his religious “superiors”, Nektarios cared for the poor, taught peasant girls to read and write, and performed miracles. Even his last moment on earth was used to help another: upon his death, Nektarios’ undergarment was removed, and as it fell upon a paralyzed man in the hospital bed next to him, the lame man miraculously arose to walk. Nektarios was recognized as a saint in the Eastern Orthodox Church in 1961, and his feast day is celebrated on Nov. 9.

“Man of God” dominated the Greece/Cyprus box office for four straight weeks when it was released in August 2021.

**Radio Maria is not responsible for the content of the film.**